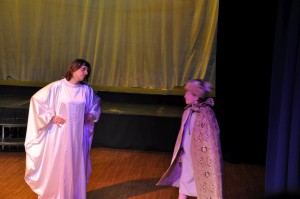 The angel Auriel talking to Melchior (one of the three kings).

The 19th and 20th December, saw a production of the Nigel Forde play ‘Angel At Large’ at Groby Community College.In essence it’s a pantomime based on the Nativity but the twist is that it’s  as seen from the court of King Herod (Boooo!).

The star of the show was Desmond the camel, who will appear in future events we are sure! 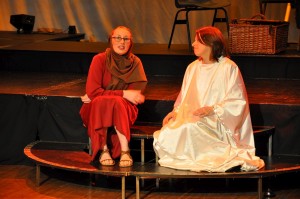 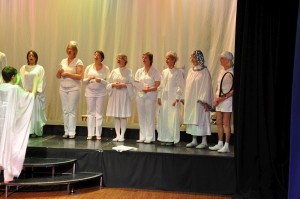 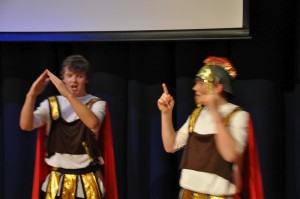 Maximus and Tichicus leading the audience 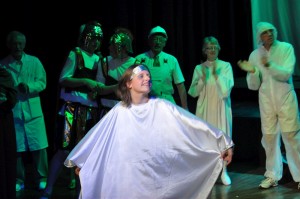 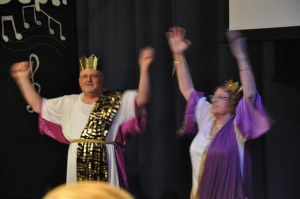 Herod and Herodias leading the audience 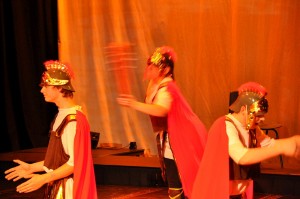 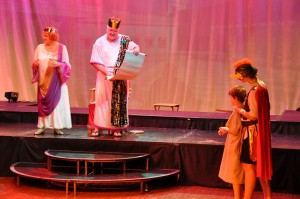 Eli, son of Nin, you are accused…! 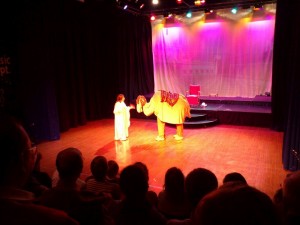 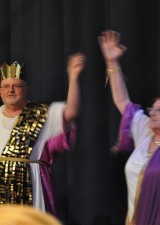